FC Barcelona vs the World Cup 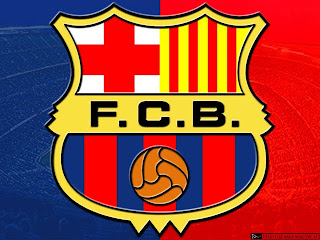 By simply living in Catalonia one becomes a fan of FC Barcelona, the great football club. Most people in Catalonia follow the club's ups and downs. For most of the last decade it has been mostly a lot of ups as the club has had arguably its greatest string of successes. In the four years since we have been here it has been fun to have become a fan. This is especially so since back in Toronto the city's professional ice hockey team has not won the league championship in more than forty years. It's a lot more fun to back a winner than a loser.

Whenever FC Barcelona plays the bars here in Vilassar de Dalt fill up. For big matches, such as games against arch-rival Real Madrid, it is standing room only. Even if we don't go to the bar at the end of our street, it is possible to follow the game, at least the goals. The cheering and hollering are intense and we can hear the noise from our apartment even with the windows closed. Someone in town maintains a supply of fireworks for celebrating every Barça goal and win. Little children, and adults too, wear the club's shirts with the name of their favourite Barça player stencilled on the back. People are football mad here, or least I thought so until the World Cup started earlier this month.

Back in Toronto, the World Cup is a huge event mostly because of the Canadian city's ethnic diversity. It helps that Canada itself has never competed in the World Cup even though the game is popular. If Canada did qualify, would anyone cheer for the team? Toronto is the place to really enjoy the World Cup. Look at the list of the 32 countries that are represented in this year's tournament and most have sizable communites of expats in Toronto. Some of those communities are larger than others. During the 20th century huge numbers of Italians, Portugese, Britons and Dutch immigrated to Canada. Dictatorships, civil wars and economic woes during the last decades of the 20th century attracted Chileans, Hondurans, Mexicans, Argentinians and Uruguayans to Canada. In Toronto every team has its supporters but if your preferred team fails to advance you can pick another and find a group of its supporters to party with.

Here in Catalonia, however, there is a very remarkable lack of interest in the World Cup. It is very disappointing. Spain may be one of the favourites but here in darkest Catalonia very few people are following the tournament. Of course this has all to do with Catalan nationalism. Catalanists will not support a Spanish team even though at least a third of the players are from this region. The World Cup is about the best footballers in the world playing each other but that has not filled up our local bar where I find myself watching the games virtually by myself. Even when Argentina plays with Barça's star player Leo Messi on the pitch, there are hardly any people watching the game.

Not all the bars in Vilassar are so empty during the games. In the lower part of town where there are more immigrants from other parts of Spain there is attention being paid to the tournament. On Tuesday when Spain plays Portugal I will try one of those bars. At least I'll have some company. So perhaps Barça fans are not football fans, they are simply Barça fans.
Posted by Xavier Macia at 19:40